← more from
Wah Wah 45s
Get fresh music recommendations delivered to your inbox every Friday.

You No Fit touch Am Retouched 2 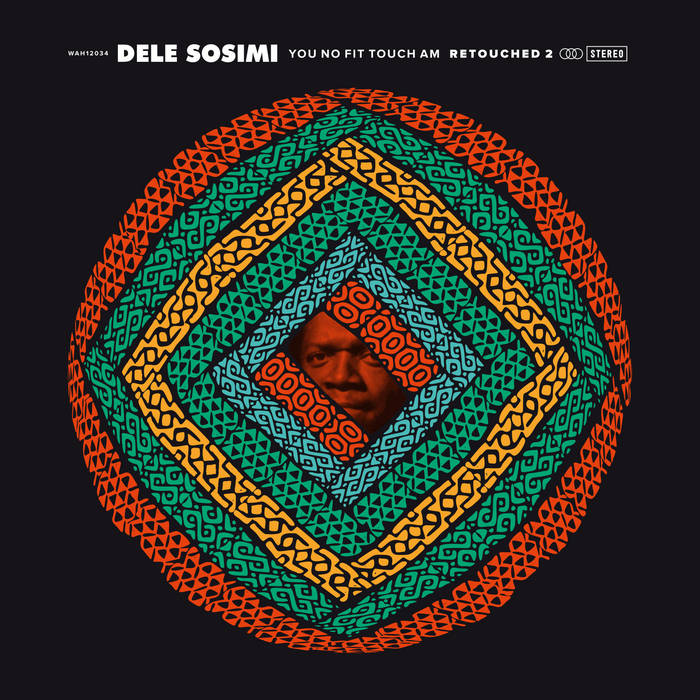 Dele will be celebrating this release with a full live show at The Bussey Building in Peckham, South-East London on March 17thwith support from Soothsayers, DJ Khalab and Wah Wah 45s DJs.

Dele Sosimi's album 'You No Fit Touch Am' was released in 2015 to much universal acclaim. A perfect document of the lessons the keyboard master and vocalist learned in Fela Kuti's ranks during the 70s and 80s, but brought firmly up-to-date and with contemporary social comment as vital to the Afrobeat genre as any rhythm or instrument. In 2016, to take that forward thinking even further, Wah Wah 45s commissioned four huge remixes from a quartet of the UK's most interesting new production names.

That was just part one of the story though - this year the label can reveal the final four remixes to be taken from this hugely popular and influential project.

Setting their sites further afield, first up is Roman turntablist and producer DJ Khalab. Since winning Track of the Year at Gilles Peterson's Worldwide Awards in 2016 for his collaboration with Baba Sissiko, this talented Italian has been very much in demand. His remix of Dele's heavy hitter 'E Go Betta' combines sprightly electronics with ear-bending bass drops to provide a forward thinking dance floor destroyer.

Along side Khalab comes new boy to the scene and a definite name to watch in 2017, O'Flynn. His debut release on Blip Records was a percussive monster and something of a head-turner, and his latest offering on his very own imprint caught the ear of Gilles Peterson, among others. O'Flynn's re-edit of 'E Go Betta', one which gives it a little more foot friendly bounce, emerged on Wah Wah 45s in digital form last year, but proved so popular that it had to be included in this heavyweight 12-inch release.

On the flip, irreverent album cut 'I Don't Care' gets two very different re-works for two very different London based producers. First up, XVI recording artist Books comes through with a firing Afro-jazz/house workout aimed directly at feet, whereas Wah Wah 45s family member and up-and-coming knob-twiddler in his own right, Bopperson, offers up a more mid-tempo tropical delight - the perfect way to complete this stunning selection of remixes.

Once again, Wah Wah 45s have delivered four tracks of killer dance floor fodder for pretty much every occasion. Taking the already incendiary music of Dele Sosimi in a more angular and electronic direction, worthy of another 12" release on this most discerning imprint, we're sure you'll agree.

Born in Hackney, East London, but soon to return to his parents' native Nigeria at the age of four, Dele Sosimi was schooled and raised in Fela Anikulapo Kuti's shadow at the height of early 70s afrobeat. Having been chosen by Fela to join his band at somewhat of a tender age, he was still a young man when sharing Fela's Glastonbury stage in 1984, and became both Musical Director for both Fela's Egypt 80 and Femi Kuti's Positive Force.

After Fela's passing in 1997, Dele went on to concentrate on his own solo career and, with diligent patience, carved out his own Afrobeat crown. In London, where he now resides, his Afrobeat Vibration all-nighters are charged with his passion, labours and his unrelenting spirit and deliver Fela classics alongside his own compositions from his first two studio albums, Turbulent Times, and Identity.

London's new Afrobeat king is here to party and you're all welcome to join in!

Dele's music and shows are charged with his passion, labours and unrelenting spirit.

Bandcamp Daily  your guide to the world of Bandcamp

Little Brother joins the show to discuss their beautiful journey, plus tunes from Fat Tony